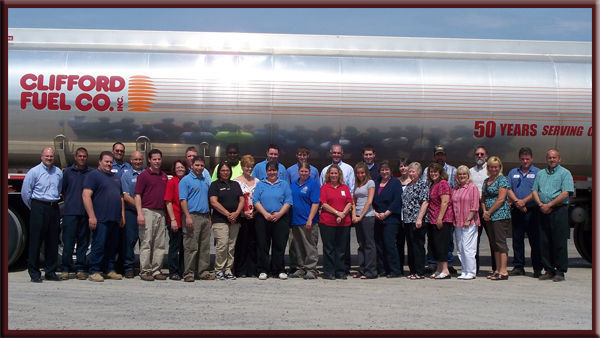 Clifford Fuel Co., Inc. moved the main office to Utica, NY in 1966 as a Commission Agent for Sinclair Oil and had the opportunity to grow the business by supplying gasoline, diesel fuel and lubricants to an increasing number of service stations in central New York. Clifford Fuel continued to grow during the 1970’s by providing stable supply and good service at a time when many suppliers had difficulty obtaining adequate supply due to the energy shortages and product allocations.

Clifford Fuel has continued to be a family owned operation since its inception and is proud that a third generation of the family is involved with the firm. Jim Clifford is the President and has been joined by two of his sons in the operation of the company, Jim and Mike Clifford. The company owns and operates the Cliff’s Local Market convenience store chain along with a couple full serve pumpers and several car washes. They also continue to supply many locations owned by independent operators with gasoline and diesel fuel. Clifford Fuel operates its own fleet of delivery trucks throughout central and northern New York and markets Citgo, Sunoco and unbranded products to it’s customers.

Following is a sample of some of the larger beneficiaries Clifford Fuel continues to contribute to each year:

Check out the live web cam with Northern Chateau!